02-12-2019
Hotel Les Brases en Sort
Many years ago, a shepherd lived in Sort with two sheep and his two lambs. Every night the shepherd sheltered them from the cold and the wind in a small shed next to his humble house in the mountains, where they could sleep peacefully without fear of being hunted by the wolves that lived there.
And every morning, the shepherd would leave the older sheep in the green meadows of Sort so that they could run and graze freely.
One day the sheep wandered away from the shepherd and crossed a small stream, a tributary of the river Noguera Pallaresa. They were having fun, playing with each other and grazing without paying attention to the flow, which after a few hours had increased enormously. When they realised that they could not cross the water, which was no longer calm but strong and dangerous, they became nervous and began to bleat in desperation.
A few minutes later, the shepherd arrived on the opposite shore, but there was little he could do as the water was also dangerous for him.
One of the sheep began to get impatient and sobbed:
- The river will not go down. If night comes, the shepherd will leave without us, and if the wolves kill us, our lambs will starve to death!
Her partner tried to calm her down and replied:
- Do not lose hope. The shepherd loves us and will never leave us. Besides, we have already seen how sometimes the rivers rise and the waters always return to their course. We will soon return with our little lambs.
But his wise words were of no avail. The first sheep could wait no longer and after walking a few steps, the rough waters dragged it downstream, under the helpless gaze of the shepherd who watched the sad scene from the opposite bank.
A few hours later, at dusk, the waters gradually receded and the shepherd, who had been sitting on a rock, was able to cross cautiously and rescue the other sheep, which was also patiently waiting on the other side.
Finally at home, the shepherd reunited the surviving ewe with her little lamb and the orphaned lamb who accepted her as a foster mother.
The moral of this fable is quite simple: 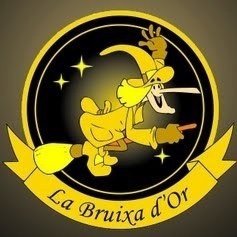