Home Blog The Golden Witch has returned to Sort 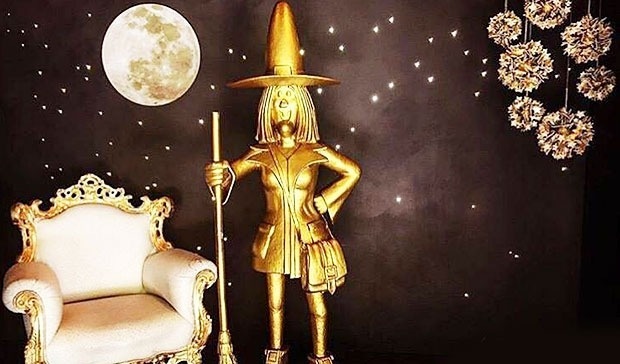 The Golden Witch has returned to Sort

10-11-2018
Hotel Les Brases en Sort
Very close to our hotel there is a magical place, in charge of distributing illusions, dreams and above all, a lot of money. As of this month, the famous Bruixa d'Or administration begins to distribute, as every year, its coveted national lottery tickets for the draw that takes place annually on December 22 and January 6.

The birth of good luck

La Bruixa d'Or was founded in 1986 by its owner Xavier Gabriel in Sort. Before it was baptized by that name, the administration had other names such as "Stop" and it was not until 1992 that it was baptized as the Bruixa d'Or. The origin of this comes from a small statue of a golden witch that Gabriel acquired in a souvenir shop.
Two years after it was renamed, the Bruixa d'Or managed for the first time to distribute the biggest prize in the “El Niño” national lottery. Luck did not end with this first prize, since its tenths were also awarded in the years 1996, 1998 and 2000 in this same draw. However, it was not until 3 years later (2003) that it managed to become the most famous administration in all of Spain by distributing the biggest prize in the Extraordinary Christmas Raffle. The popular "El Gordo", distributing it again not only in 2004, but also in 2007. Since that day thousands of people take the opportunity to come to the town and buy a little luck in the famous administration so that the Bruixa d'Or gives them a bit of her powerful magic.
At the Hotel and Restaurant Les Brases we also sell the Bruixa d'or lottery without commission. Do not stay without tempting fate, in 2017 the Bruixa d'Or distributed in our community a large part of the first prize, the second and two fifths.

It is not enough to buy!

They say that luck is for those who seek it. Many of the curious who come to Sort on vacation end up buying the occasional tenth as a souvenir of our municipality. We must not forget that one of the legends tells that in order for true luck to accompany you, it is necessary to rub the purchased ticket through the nose and the broomstick of the famous golden witch.
The Bruixa d'Or is one of Sort's most vivid legends. If you are lucky enough to come on vacation, you should not forget to come and buy a tenth. It sure touches!
CHECK OUR OFFERS BEFORE ANYONE ELSE SUBSCRIBE AND FOLLOW US
Thank you for subscribing to our newsletter